It's True. Old Times There Should Not Be Forgotten nor Should We Look Away.

A friend recently shared an article. To paraphrase my take of her message--responsible journalism documents the truth whether good, bad, or ugly and shares it with the world.

All of my life I was shielded from this history. Dad had generations of magazines piled in the basement where I spent hours and days organizing, reading, and sorting by certain era characteristics and dates.

To gain a glimpse of the changes through time, I would stack the magazines by month and year. I was fascinated by the changes in fashion, political rants, and consumerism trends.

Of the hundreds of magazines he had, I had never seen images like this with the exception of the JFK assassination. Now, I'm wondering why. The subject of racism was never discussed in our home.

Conversely, after reading 'Diary of Anne Frank,' I had nightmares for years that kept me up until 4 AM on most school nights. It terrified me that we were capable of such horrific and deplorable atrocities when I was taught in school that a part of our top biblical values was that we shall not kill. We should also forgive those that trespass against us and lead us not into temptation.

On one side, it was probably a good thing that I was protected from these images. In contrast, it was a disservice to the reality of what was happening in the land of cotton while I was being taught to sing, "...old times there are not forgotten. Look away! Look away! Look away! Dixie Land."

A couple of friends were deep in discussion about the South and I didn't have any answers while others were declaring, "You just don't know what it was like back then. You don't understand."

"Several days later, Till was kidnapped, beaten and shot. Barbed wire was wrapped around his neck and tied to a heavy cotton gin fan, and his body was thrown in the Tallahatchie River." - NPR, Camila Domonoske

My husband has not forgotten and the trauma of what happened back then is not something that is easy for him to discuss. He was an outsider because he didn't buy into it. He often crossed the railroad tracks seeking the culture that struck a chord with him. That generated resentment from both sides.

What happens when you don't have a tribe? Identity violations are not easily delineated in binary narratives. Especially when you're taught a set of values that are supposed to be written in stone.


100PHOTOS.TIME.COM, "Emmett Till was brutally killed in the summer of 1955. At his funeral, his mother forced the world to reckon with the brutality of American racism."

Colon Cancer: When A Cancer Warrior's Parent Is Diagnosed With Cancer 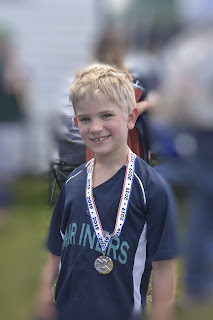